Husky started in Raymond Grose's horse barn and has continued to grow as a family owned and operated business. Now in its third generation, Husky continues with the same focus on helping the customer.

Born in 1932, Raymond Grose grew up on a farm in Alma Ontario Canada; the fourth generation of Grose’s that farmed in the Alma area. Ray eventually purchased a farm next to his fathers, and in 1952 married Ruth Wood who came from Mitchell Ontario. Ruth also grew up on a farm and was educated in accounting. Farming was accepted as the way it was going to be, however Ray was mechanically minded and Ruth was a bookkeeper. In 1955 Ray purchased a welder and started to play around with it. The 180 amp welder cost $250 and Ray only had $100.00 to pay down. It wasn't long until the welder was paid off and put to good use, and in 1960 a V-type snow thrower was built to go behind a Ferguson tractor. There was no intention of marketing the machine, however a neighbour came along and asked if it was for sale. The price was set at $250.and it was sold. The material cost about $100 and the rest was for labour and profit. Ray thought this was better than milking cows so he built another thrower with some improvements and it soon sold. This was a time when bulk milk tanks were being offered to the farmers and so they had to keep their driveways open for the milk trucks. 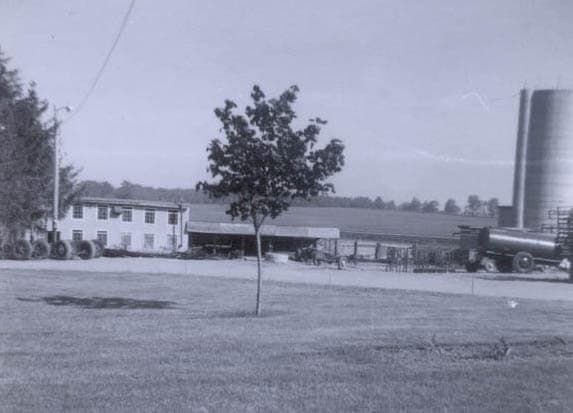 With the recent success Ray and Ruth set down and started planning. Following this there were 10 more throwers made, the following year 20 machines and the third year over 50. This amount of business required some hired help and the first hired hand was neighbour John Bosomworth. Up until this time the equipment was made in the barn in a horse stall. So Ray built a double garage to continue manufacturing and even the bottom floor of the hen house was put to use. In total there were 360 of the “Snow Throwers” made and sold under the trade name “Raymond”. The success of the first venture encouraged Ray and Ruth to move forward into other lines of equipment: Barn Stable Stalls, Free Stalls, Pig Penning, Bale Elevators, Bale Stookers and Feed Carts were all added to the line along with repairs to neighbors equipment. As the business grew so did the bookkeeping, delivery, etc. It was then that their accountant advised that the company should be incorporated and so in 1966 “Grose Welding Limited” was formed, and in 1968 a new shop, 50ft. X 100ft., was built just east of the farm buildings. There was a problem in that Ray couldn't see the company growing with his own name attached to it, so in 1978, after some research on names, “Husky Farm Equipment Limited” was chosen, registered and trademarked. The name "Husky", which he chose to signify strength, has served the company extremely well. During the first few years there was a lot of activity. Ray and Ruth became parents to a girl Sandra in 1953, then two boys, Gordon in 1956 and Walter in 1960. Ruth continued with her bookkeeping in the farm house until a new office was built. During that time Ruth also supplied noon lunch to the three employees. The new family grew up as part of the business, with Sandra training as a registered nurse, and the two boys carried on helping in the business.

In 1963 Ray took on the dealership for Badger Silo Unloaders and Barn Cleaners and he was invited to a dealer meeting in Wisconsin. Badger had just brought their first “liquid manure pump and spreader” into the United States from Sweden and a demonstration was held at the meeting. Ray saw a potential of handling manure in a liquid form and so from this demo came the start of a growing business in making Liquid Manure Equipment. Ray forked a lot of dry manure by hand in his growing up years and there was a lot of enthusiasm to realize there was an easier way of doing it. On arriving home from Wisconsin Ray purchased a used 1000 gal (4500L) fuel tank, a used truck axle, and some well casing and began designing some equipment. After the equipment was built the search was on for a customer's place to demonstrate and try it out. The place was found near Elmira where a farmer was using an auger to take liquid manure out of an underground tank, Ray set up the equipment and hauled out the manure, the farmer said “I don't know what you want for that but I'll buy it,” the equipment was sold and the business was moving on. The first pump was sold for $750. And the spreader sold for $695. The first spreader built was 1000 Gallons (4500L) and 500 more spreaders the same size were built before a larger one was offered. 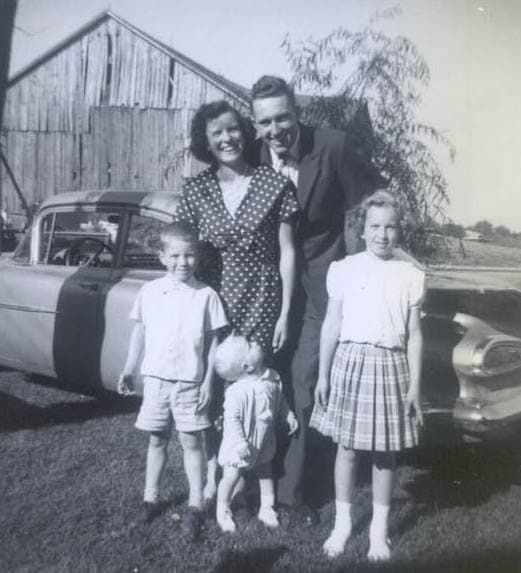 Starting the business from scratch brought many challenges, one of the difficult challenges was the design, building one machine and making it work was one thing, but to standardize a machine, create parts books and part numbers, and giving after service was another thing. The first drawings were done on plain paper very little more than sketches. Some customers arrived at the office with an order for cow stalls or hog penning and the drawings would be sketched on a piece of plywood with the hope that the parts would come out OK. Gradually the equipment was standardized, a draftsman, Don Grant, from Elora was hired to help design equipment, a drafting board was purchased and a numbering system was established which made the business a lot more professional. It wasn't until 1979 that a computer was purchased, this not only helped with the accounting but made drafting and parts books more available and standardizing the equipment design. On January 6th, 1998 the company was transferred to Gordon & Walter Grose. They have continued with the standard to offer quality equipment and fast service which our staff are dedicated to upholding. After 50 years Husky feels blessed to have a wonderful farming family and the pleasure of dealing with people who are passionate about agriculture. Although change in the industry has been constant, one thing has never changed - Husky's commitment to quality and performance, a philosophy that has driven the company for 60 years. 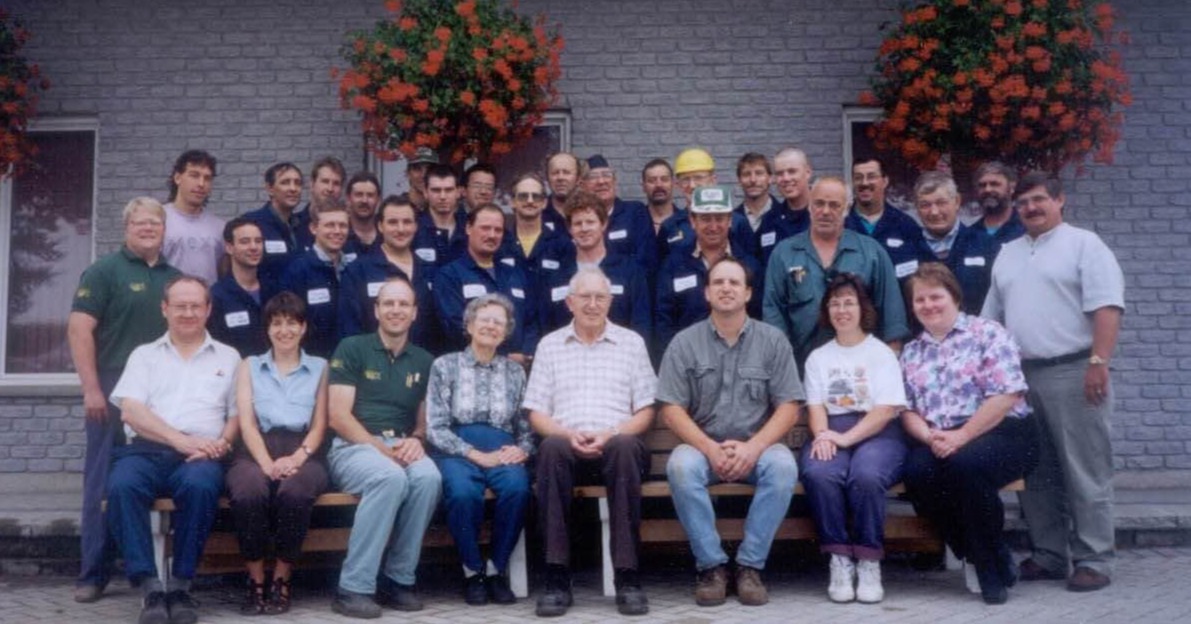